Thinking About Buying A Used Engine? Here's What You'll Need To Know

A brand-new engine for today's modern cars can cost thousands of dollars out-of-warranty. With a new engine out of reach for many car owners, it's no wonder used engines are a highly popular and comparatively affordable alternative. Used engines are inexpensive and readily available, in most cases, but they can also be a bit of an unknown quantity. When buying a used engine, it's important to know what you're looking for and understand the pitfalls and caveats that often come with purchasing any used component.

With a used engine from an auto salvage yard, what you see is usually what you'll get. Unless the engine was removed the moment it reached the yard and stored for safekeeping, chances are other customers may have cherry-picked any number of parts from the engine or its accessories (such as the alternator, starter, sensors, etc.).

For this reason alone, you'll want to have an original schematic as well as a reference image of the engine in question. This gives you an opportunity to see what's missing, as well as ensuring the engine itself matches up to what you need in your vehicle.

Look Out for Rust

Auto salvage yards aren't kind environments to engines. Most of the time, the hoods are left open or taken off altogether, exposing the engine to the harsh elements. If the engine was partly disassembled for any reason and left that way for an extended period of time, that could allow rust and corrosion to take place deep within the inner workings of the engine. This can cause damage in a wide variety of areas, including the coolant passages, pistons and cylinders.

The amount of rust you may encounter depends on the age of the engine itself, the climate of the area where the auto salvage yard is located and the amount of time it spent exposed to the outdoors. So if you're looking for a used engine for your 1950s-era cruiser, don't be alarmed if you see sizable surface rust. As long as the engine manages to turn freely, you can deal with most rust problems.

Although it is usually standard procedure for an auto salvage yard to drain all of a vehicle's vital fluids, there may be plenty of left-over residue on the dipstick and within the engine oil pan. You can use this residue to help gauge the engine's health prior to arriving at the salvage yard. Here are some things you'll want to look out for as you search for that perfect used engine:.

Give It a Spin

Most importantly, the engine should turn freely upon turning the crankshaft pulley. Depending on where or if the engine is located in the engine bay, you can use socket wrench with the appropriate socket to rotate the pulley and move the pistons.

Any interruptions in movement should be carefully examined, as it could mean additional problems preparing the used engine for its next phase of life.

With careful inspection and some TLC, most used auto parts you find can be used for your vehicle. 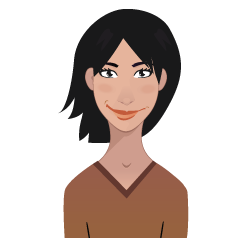 When it comes time to purchase another vehicle, it isn't always easy to know what to do next. In addition to worrying about things like monthly payments and the changing cost of insurance, you might also struggle with selecting a make a model that you will love forever. To make things easier for you, I created this blog dedicated to shopping for new cars. I have bought several new rides during my lifetime, and I know what you need to enjoy your car for the long haul. Check out this blog for information that could make your purchase one you won't regret.